The Journal by Robin Eichele

I went shopping for a journal yesterday. A nice store with rows and rows of journals. Down the aisle. Way past the notebooks and planners. Into the oak paneled sanctuary where they keep the really good stuff. That’s where I found them. Some bound like archived manuscripts – heavy parchment and ribbons and thongs. So rich and permanent they spooked me. As if they were saying; “Unless you have some really big thoughts don’t even think about touching me.”

So I thought about it, weighed what was in my head and came up a little short of the world’s greatest ever anything. So I pulled down a half-inch faux leather pocket size. The one-inch bound in Corinthian Calf would have smothered me with doubt and intimidation. Then I opened it and found that the book mites had had their way. Blank pages. Every one. Not a ruled line to guide the words. No chapter numbers. No page numbers. No headings. No starters. No boundaries. No borders.

I knew there wouldn’t be but I imagined there could be at least some kind of “Once upon a time …” to kick off the first unnumbered page.

Obviously, this was going to be a lot, a whole lot, of work. Make it up all yourself? Not just the words but writing them down in some acceptable fashion on each and every page.

These words were written in a very fine hand at the top: “The woman on the bed had been decapitated. Which I did not know until I lifted the pillow and could not find her head.”

Whoa! That kind of set the tone for this volume at once and forever more.

I silently folded the smooth covers beneath my fingers and slipped the book back in its place on the shelf.

I tipped the spine of the one next to it in my direction. Another half-inch edition. Genuine vegetable tanned calf this one. Said so on the threaded tag that danced in the air as it descended to rest in my palms.

I lifted the cover. Blank. I fanned the pages. Blank. I checked again, this time indexing each lustrous page of creamy paper from front to back. One, two, three and then four. And there it was. Another starter. The same fine hand. In the middle of the page now. In quotes with an ellipsis teasing the words so conspicuously missing.

“… most voluptuous breasts I had ever seen on a twelve-year-old,” he she said. The “he” was crossed out, neatly and precisely. It was very clear that this is what “she” said. Or was it?

What was the game? Who? Why?

It took me four hours and one-hundred and eleven journals to find them all. I am sure the store cameras recorded my adventure. I am also sure I will end up in court one day. Perhaps facing the provocateur before a judge. What am I now, the witness? The voyeur? Or is this old-school spy craft tripped on through my innocent motivation to jot down a few notes?

Now I am the spy. I have copied all of them and stuffed them in my breast pocket. Will the cameras catch my pen and ID me as the miscreant? The store has my credit card number. Will a debit suddenly appear for a grand library of violated journals? Probably north of three-thousand dollars, when you add them all up.

Will they be discovered and returned as damaged goods? Or remaindered out on the dollar table?

Such a fine hand. Maybe my longhand will become more refined, more elegant, more poised in the company of.

Yes, I will buy one. It will, in its own weird way, mark a new beginning. 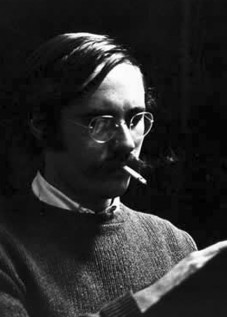