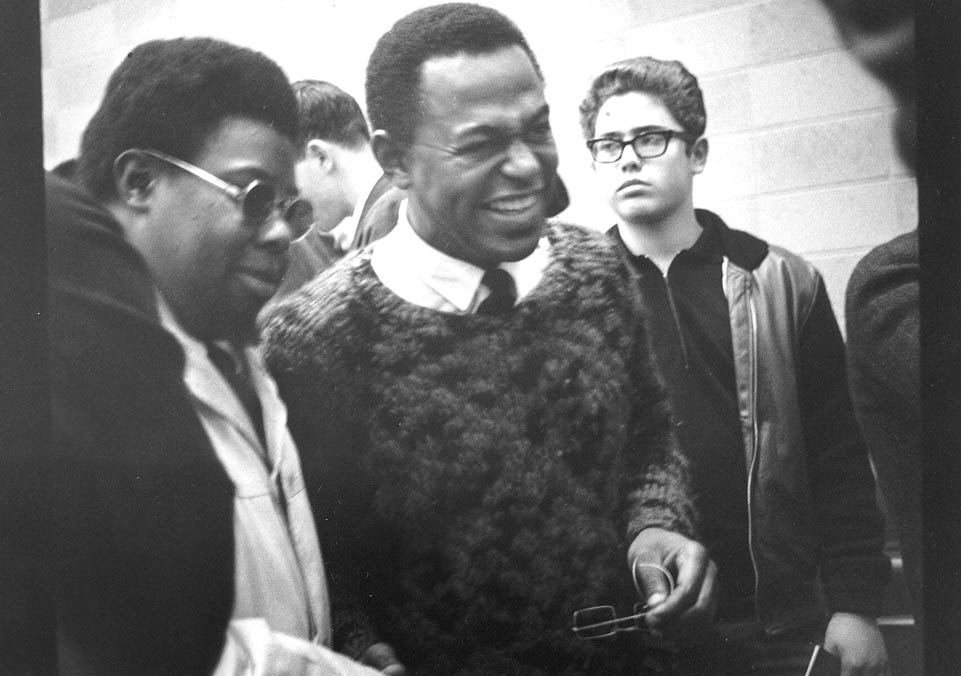 Charles Moore and Archie Shepp at the Downbeat Festival. Photo by Leni Sinclair, 1965

It is our belief that jazz musical forms must be extended to meet an entirely new set of artistic, social, cultural and economic circumstances. It might seem strange to some to see the word jazz mentioned in context with such cold hard realities as society and economics; yet it is an undeniable fact that the very origins of the music itself and all its subsequent development was rooted in societal forms. The field holler, the spiritual, the blues, each served a definite function and grew out of very real, very painful experiences. We know today that the lyrics of the spiritual sometimes served as an alarm, a call to arms, or an angry cry to be done with suffering and rid of the oppressor. Much of the blues is an extension of this argument.

Later on as musical instruments replaced the human voice, poetic directness and social commentary began to give way to a “purer” musical form. This musical form developed at a much faster pace than the lyric. It was due in large part to the plasticity and ambiguity of notes over words that a folk art became transformed into a national art and later into a universal art. It was now possible for a listener to hear just the music without the ambivalence that words elicit. He could identify with whatever he chose and reject whatever he chose. Thus the Negro (through jazz) has lent America a somewhat uneasy reprieve and, in the bargain, developed an art form which it could be said is more nearly “american” than any other. It is a knowledge of the past and a precarious nationality which is the crux of our consciousness. For us, music is functional as well as aesthetic. The artist presumes to judge life, to assess it for all men, to accept it, to reject it. Both as people and artists in a complex, oftentimes grievously unjust world we accept the challenge this society poses and we project an answer through our music, one which sings a New America. We take our place beside those poets of the field. Only the nuances of language have changed. The same essential longing for dignity over despair is still with us. 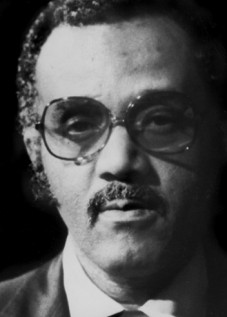 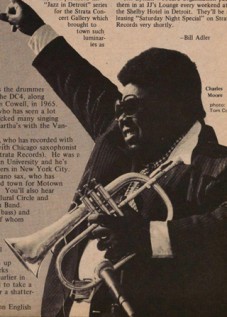 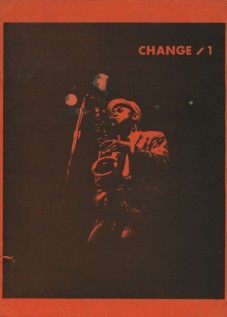 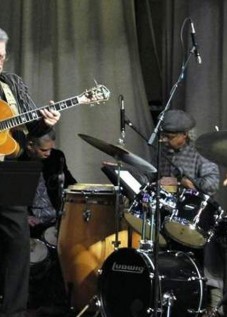