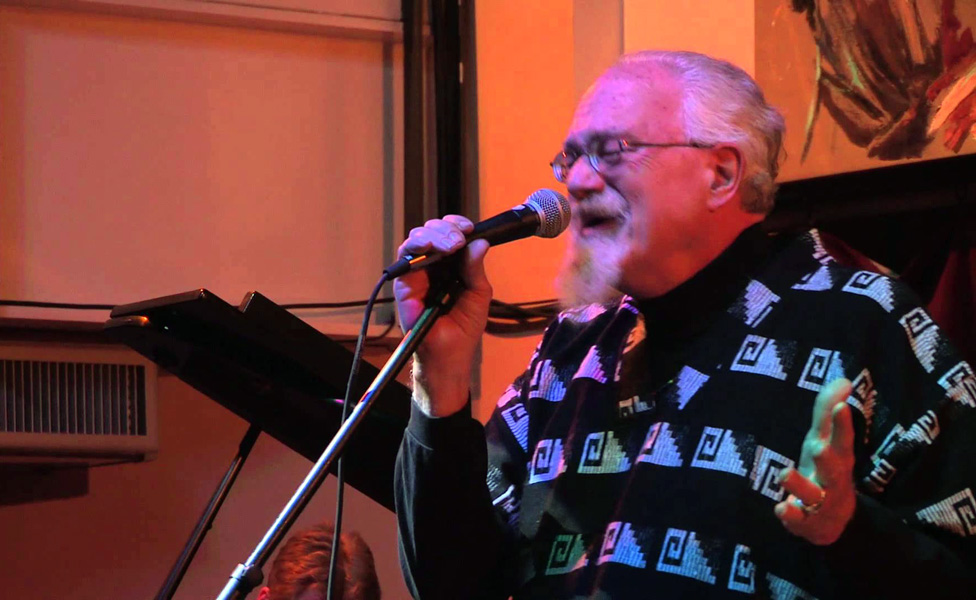 “John Sinclair casts a huge shadow across the American underground. The force of his personality and energy of his vision kept the midwest alive for several years. His writings, howlings and example ignited fires in the brains of kids everywhere, and his return to live performance in the last few years has been a cause for elation.” 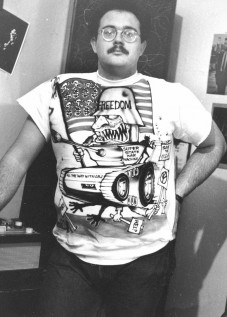 In 1966-67 the jazz poet, downbeat correspondent, founder of the Detroit Artists Workshop and underground journalist joined the front ranks of the hippie revolution, managing the “avant-rock” MC5 and organizing countless free concerts in the parks, White Panther rallies and radical benefits. Working closely with lead singer and songwriter Rob Tyner and the members of the band, Sinclair brought the MC5 to local fame, national attention and a contract with Elektra Records.

The first MC5 album, recorded “live” at Detroit’s Grande Ballroom in the fall of 1968, exploded onto the scene like a bomb through a courtroom window, accompanied by a declaration that Sinclair, the band members and selected compatriots had formed the White Panther Party to oppose the U.S. government and support the Black Panther Party.

Closely allied with Abbie Hoffman, Jerry Rubin, Ed Sanders and the Yippies, the White Panther Party spearheaded the short-lived “rock’n’roll revolution” of 1968-69, and Sinclair ‘s writings for the underground press both chronicled and analyzed the revolutionary events of the day in the light of the WPP’s focus on “Total Assault on the Culture” by any means necessary, including “Rock’n’Roll, Dope, & Fucking in the Streets.” Theory and practice were fiercely united in the White Panthers, the only American political party ever formed by a rock’n’roll band. The White Panthers not only preached revolution, they lived the revolution in communes and tightly knit conclaves of long-haired revolutionaries who lived, worked, fucked, smoked dope and dropped acid together while they carried out their radical political and cultural organizing and educational work among their fellow hippies. 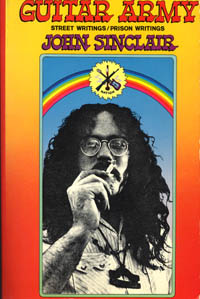 Sinclair’s antagonistic rhetoric coupled with the incendiary performances of the MC5 inflamed ever-growing crowds of rebellious youth throughout Michigan and the Midwest. In 1970 the FBI referred to the White Panthers as “potentially the largest and most dangerous of revolutionary organizations in the United States.” By this time Sinclair had been railroaded off to prison on a 9½ to ten year sentence for giving away two joints to an undercover policewoman.

While he was in prison, Sinclair wrote the books Guitar Army: Street Writings/Prison Writings, a collection of his writings for the underground press between 1968-71, and Music & Politics, co-written with Robert Levin. His legal appeal challenged the constitutionality of Michigan’s draconian marijuana laws, and he continued to lead and direct theactivities of the White Panther Party from his cells in Marquette and Jackson Prison through its conversion to the Rainbow Peoples Party (RPP), his release from prison, the success of his appeal in the Michigan Supreme Court and the consequent overthrow of the marijuana laws.

Sinclair was released from Jackson Prison when the twenty nine month campaign to gain his freedom climaxed in the mammoth “John Sinclair Freedom Rally” at Crisler Arena in Ann Arbor, Michigan on December 10, 1971, where John Lennon and Yoko Ono, Stevie Wonder, Allen Ginsberg, Phil Ochs, Bobby Seale and others performed and spoke at the eight-hour long event in front of 15,000 people. Lennon wrote and performed his song, “John Sinclair,” later released on his Some Time in New York City album. Three days after the concert, the Michigan Supreme Court released Sinclair, and later overturned his conviction.

Following his release from prison, Sinclair got back into music management and promotion through the Rainbow MultiMedia Corporation, managed Mitch Ryder & Detroit and several Ann Arbor bands, and produced the historic Ann Arbor Blues & Jazz Festivals while serving as Chairman of the RPP (Rainbow People Party) and directing its political organizing work in Ann Arbor. He hosted popular radio shows on WNRZand WCBN, founded the People’s Ballroom, the Free Concerts in the Park program, and the Ann Arbor Tribal Council, and played a leading role in the success of the local Human Rights Party that resulted in the election of two City Council members and the institution of the legendary $5 fine for marijuana possessionin Ann Arbor.

In 1975, following the resignation of Spiro Agnew and Richard M. Nixon and the termination of the War in Vietnam, the mass movement dried up and America went back to business as usual. Sinclair disbanded the RPP and moved back to Detroit to return to life as a poet, journalist and urban cultural activist. For the next fifteen years he raised his family in Detroit and worked as editor of the Detroit Sun newspaper, founder and director of the Detroit Jazz Center, adjunct professor of popular music history at Wayne State University, artists manager and concert producer, WDET-FM program host, director of the City Arts Gallery for the Detroit Councilof the Arts and editor of City Arts Quarterly.

Sinclair moved to New Orleans in 1991 and joined the volunteer staff of WWOZ radio, winning OffBeat magazine’s reader’s poll as the city’s most popular DJ five years in a row (1999-2003). In 1992 he formed his band, the Blues Scholars (founded in Detroit ten years earlier), recorded his first CD in 1994 and began to tour the United States as a performance artist backed by jazz, blues and rock ensembles. He has collaborated with musicians from Little Milton and Jimbo Mathus to the New Orleans Jazz Vipers, Ras Moshe, the Kudzu Kings, Afrissippi, the Pinkeye Orchestra and the Dutch rappers Lange Frans & Baas B.

Sinclair has published several collections of his poetry along with his major work in verse, Fattening Frogs For Snakes: Delta Sound Suite, an investigation in verse of the Delta blues and the world that produced it. He has released more than fifteen CDs of his work with music & verse, including Volumes 1 and 2 of Fattening Frogs For Snakes: Delta Sound Suite, Full Circle and White Buffalo Prayer with Wayne Kramer.

Sinclair first visited Amsterdam in 1998 as High Priest of the Cannabis Cup and relocated to The Netherlands in the fall of 2003. One of the pioneers of podcasting, his weekly internet program, The John SinclairRadio Show, is the flagship of Radio Free Amsterdam.

Sinclair is now performing throughout Europe solo and in duet with guitarist Mark Ritsema, in Detroit with the Motor City Blues Scholars, and around the United States with a wide variety of collaborators. The poet was recently honored as the International recipient of the prestigious Targa Matteo Salvatore in Foggia, Italy. He’s appeared at the Festival Internazionale della Letteratura Resistente in Tuscany and been featured at major events and festivals in Rome, Milano, Tokyo, Amsterdam, Rotterdam, Paris, Seville and Santiago, Chile.

At the 2006 Cannabis Cup in Amsterdam a potent prize-winning strain of Dutch marijuana was named in his honor. John Sinclair Seeds may be obtained at the Hempshopper, Singel 10, 1013GA Amsterdam, The Netherlands. –Source: John Sinclair