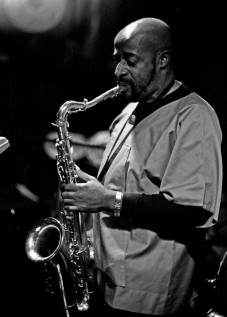 Back in town to perform his “Detroit Suite” with the Detroit Symphony Orchestra at Homecoming ’76, master Motor City musician Yusef Lateef and his encyclopedie quartet stayed over for ten packed-house nights at Baker’s Keyboard Lounge, where Kulchur’s Frank Bach took the opportunity to talk with Yusef between sets.

Lateef (ne William Evans), a member of the Amadea movement of the Islamic faith since 1948, was a major force in the development of both music and consciousness n Detroit’s creative music community during the 1950’s. His early groups, based in Detroit and recording as a unit for Savoy Records in Newark, New Jersey, included teen-age jazz stars Louis Hayes (later the drummer with Horace Silver and with the Cannonball Adderley Quintet), Curtís Fuller (Jazz Messengers, Jazztet, now with Count Basie), Donald Byrd, Terri Pollard, and other soon-to-be-prominent Detroiters: Wilbur Harden, Ernie Farrow, Oliver Jackson, Frank Gant (now with Aiimad Jamal), Bernard McKinney (Kiane Zawadi), Hugh Lawson, and Will Austin. _m Centered at the World ‘Stage, later at Klein’s Showbar on 1 2th Street, the Minor Key (Dexter & Burlingame), and after hours at the West End Hotel in Del Ray.

Yusef promulgated a music which was wider and deeper in its influences and effects than any other music of the time. He popularized the serious use of the flute in improvisational music, pioneering the humming vocal effect so common today, and he later introduced the oboe, bassoon, argol, and other exotic reed instruments into the improvisational arsenal. West African, East Indian, Northwest African, Egyptian, South American, and Afro-American musical sources of every discipline were brought into the Lateef “bouk” (bag), fully integrated with Yusef’s mature, full-toned improvisational conception, and played out into compositions and improvisations of tremendous beauty and feeling.

Later recording for Chess, Verve, Prestige, and Riverside Records, Yusef left Detroit in 1960 to settle in New York. He joined the Cannonball Adderley unit in early 1962, signing as a leader with Impulse Records at the same time and recording a series of excellent Lps for them n the first half of the sixties. Yusef switched to Atlantic Records n the latter 60’s and continúes to record for them to this date, Laieef’s current quartet- pianist Kenny Barl ron, bassist Bob Cunningham, and drummer AlI bert “Kuumba” Heath- is a travelling university of Afro-American improvisational music, offering n-depth studies in the individual instruments, group improvisation, composition in four dimensions, historical repertoire from preblues to post-fusion music, and the overriding genius of Brother Lateef, the complete saxophonist of modern music.

Their delightful and far-ranging repertoire includes Lateef compositions from the 1957 “Yusef’s Mood”-a hard-cooking tenor saxophone feature which has Lateef digging out his many splendored roots and waving them wildly around in the air to his most recent works, interspersed with Heath’s drum-centered compositions (he records for Muse Records as a leader) and some of Cunningham’s poetry-cum-improvisation specials (Cunningham was the featured bassist in Sun Ra’s mythical Arkestra for almost ten years). All four travel around their instruments like total masters of the craft, and Cunningham in particular plays as much as one could hope to hear in one night.

Yusef’s busy schedule prevented us from conducting the in-depth interview we still hope to obtain from this legendary Detroiter, but he was kind enough to sit for a few timely questions. The results follow below:

SUN: I know you carne from Chattanooga, Tennessee, originally. When did you come to Detroit?

SUN: Who or what was your inspiration?

YUSEF: My father and mother. My mother played piano and my father sang. Not professionally, you know, but they were marvelous musicians. The first band I played with was a high school band here in Detroit. It was called Massy Rucker and the 13 Spirits of Swing, out of Miller High School. In 1939 we went on a tour through the United States- we left high school and toured, primarily the south, for a whole year, under the leadership of Harvey Toots- he’s dead now. Then we returned and finished high school in ’41, at Miller High. It’s Miller Jr. High School now.

SUN: We’ve run into any number of musicians who went to Miller High School . . .

YUSEF: Yeah, Milt Jackson was in the same music class that I was. Kenny Burrell’s brother, Billy Burrell, was in school with me also. Kenny was younger than I was. He went to Miller after I had left. Let’s see, who else was there? Of course there was a tenor player maybe you have never heard of, Lorenzo Lawson.

YUSEF: He was a great tenor saxophonist. He was scheduled to go with Count Basie when Lester Young left, but he wouldn’t leave Detroit. He died shortly after. There was a very healthy musical atmosphere at Miller. We had a teacher named Cabara who used to get music from Spain. His father was a musician who lived in Spain. He played various kinds of music. He introduced Spanish music, and t was again a musical experience for us in high school. We had what they called a dance band, and we played the various schools for dances. We played at Pershing, Cass, etc.

SUN: So you were touring early. When was your first professional work?

YUSEF: Of course I played in various bars n Detroit. The first bar I played at was called the Ace High Bar on Hastings Street. I would alternate between Rucker’s band and this job in the little bar as a pianist. I had only been playing a year, and we played the Mirror Ballroom, obs over in Polish neighborhoods, polkas, Uncle Tom’s Cabin on Eight Mile Road, you name it.

SUN: After going out with Dizzy Gillespie- you played with him about a year?

YUSEF: I came back in 1950. That’s when I started taking courses at Wayne State. I left here in ’60 and went to New York to live. Tve been living in that area ever since.

SUN: Eastern music has been an influence on your own music for a long time. Did you get exposed to that from visiting the Orient?

SUN: You say you’re based in New York. Do you travel much outside the country or outside the New York area?

YUSEF: The last six years l’ve been teaching in New York, at Manhattan Communty College. I teach September through May. We travel during June, July and half of August. In 1972 we went to Europe during those 2-Vi months. In ’73, ’74, 75 and this year we’ve just traveled in the States. We’ve been to California, we spent about 6 weeks on the West Coast, Seattle, San Francisco, Los Angeles and then back to the East Coast. By that time it’s August 1975, and then I go back to teaching after Labor day.

SUN: What are your plans for the future?

SUN: l’ve got a number of your albums going back to Savoy, Prestige, Riverside, Impulse and Atlantic, and it seems like your material always keeps growing. Your contemporaries on the jazz scene- it seems to us that you should be as well-known as Miles and Herbie Hancock and people like that.

YUSEF: l’m able to keep at it. Great popularity -that’s not what l’m searching for. l’m just involved in my music and l’m dedicated to it. That’s why I work at it. Now, if I was interesting in being, what they call “a big superstar”, l’d have to be involved in getting the media to sell it or something. It’s been proven that you can sell things to the media, l’m not involved in that; that would take my image away from my music and other things l’m trying to do. l’m not trying to expedite selling; I mean, that’s the record company’s problem, that’s their job.

SUN: Do you think if you were in a position where your music was promoted and sold, would that hamper you in any way?

YUSEF: No, it wouldn’t hamper me. If someone wants to put a million dollars behind t, that’s okay with me. But l’m not going to expend my energy thinking about selling. My job is to produce and, of course, l’ll put some energy into trying to promote t. l’ll go on the radio, etc, or talk to you, but l’m not going to go off the deep end on that. I mean I can’t spend 16 hours a day running to radio stations and not practice- I get on the bandstand and I can’t play anything. When you play instruments, you have to stay with them. You must practice. At least I have to.

SUN: You practice every day?

YUSEF: Yeah. As much as I can.

SUN: How about your new Lp?

YUSEF: It’s called The Doctor Is In . . . And Out, and it’s an interaction with the fact that I received my doctorate in education this past September. You know about the “in” and “out” concept of playing music, don’t you? “Out” is outside of the structure, and “in” is playing within the structure. That’s one way to look at it.

YUSEF: Well, I don’t play jazz—in case you’ve heard that’s what I play. The term “jazz” is an ambiguous term, and it’s derogatory by some definitions. The Random House dictionary, the first entry in the 1972 edition defines the term as “to copulate,” which has nothing to do with music. The Webster Dictionary on Americanisms defines it as that which is discordant and noisy. That has nothing to do with music. Therefore that term doesn’t apply to my music, and it doesn’t apply to me. The term that I coined is auto-physio-psychic music—it means music that comes from the mental, physical and spiritual self. A great deal of it is improvised, that’s what auto-physio-psychic means—a great deal of it is improvised.

SUN: Well, we certainly enjoy it. 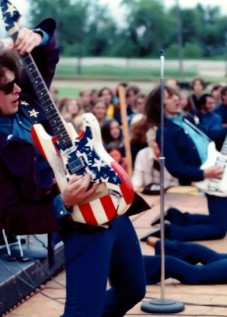 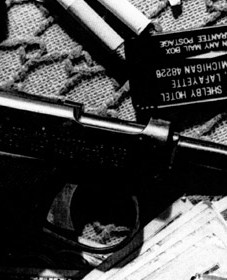 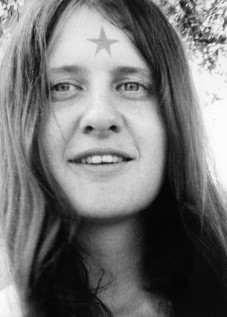