The Red Star is a universal symbol of COMMUNEism, of living and working together, coming together, a symbol of righteous revolution and love for ALL of humanity. We, the sisters of the White Panther Party, take the Red Star as the symbol of our own liberation, and align I ourselves with all oppressed people on the planet.

In Vietnam the spirit and determination of the women to free their people is as strong as the men’s. In Vietnam, the members of the Vietnam Women’s Union tell of how before 1930, before the Party was formed, there were two main tendencies among women’s liberation. One tendency was bourgeois, which wanted equal rights with men and opposed the bonds of the fuedal family (which were extremely oppressive), but didn’t commit themselves to freeing ALL their people. Their aspirations were right, but they didn’t see the root of the problem. The constituency of this tendency was mainly women from the cities

The second tendency was revolutionary, influenced I by Marxism-Leninism. These women felt that only through the liberation of ALL the people could they achieve their liberation as women. They worked in many revolutionary groups, and only after the Party was formed did they form a separate women’s organization, which then became an anti-imperialist women’s organization, not an organization for the liberation of women. They knew they needed to give women a sense of confidence, and that through revolutionary activity, consciousness is raised to a higher level—through revolutionary struggle people begin to see their own potential as human beings. The Chairman of the Vietnam Woman’s Union is quoted as saying that making a revolution is like going to a celebration; it makes you younger. And she tells of Minh Khai, a recent revolutionary sister who engraved on her wall in prison, “Revolution is the way to Life.” It is through righteous revolutionary struggle to free all the people that each one of us will achieve our liberation, each one of us as individuals, each class, each ethnic minority, each nation, as women, men and youth. We will ALL be free. 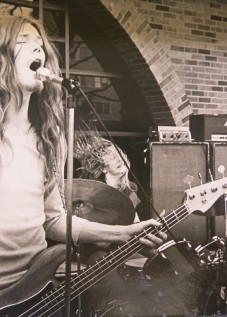