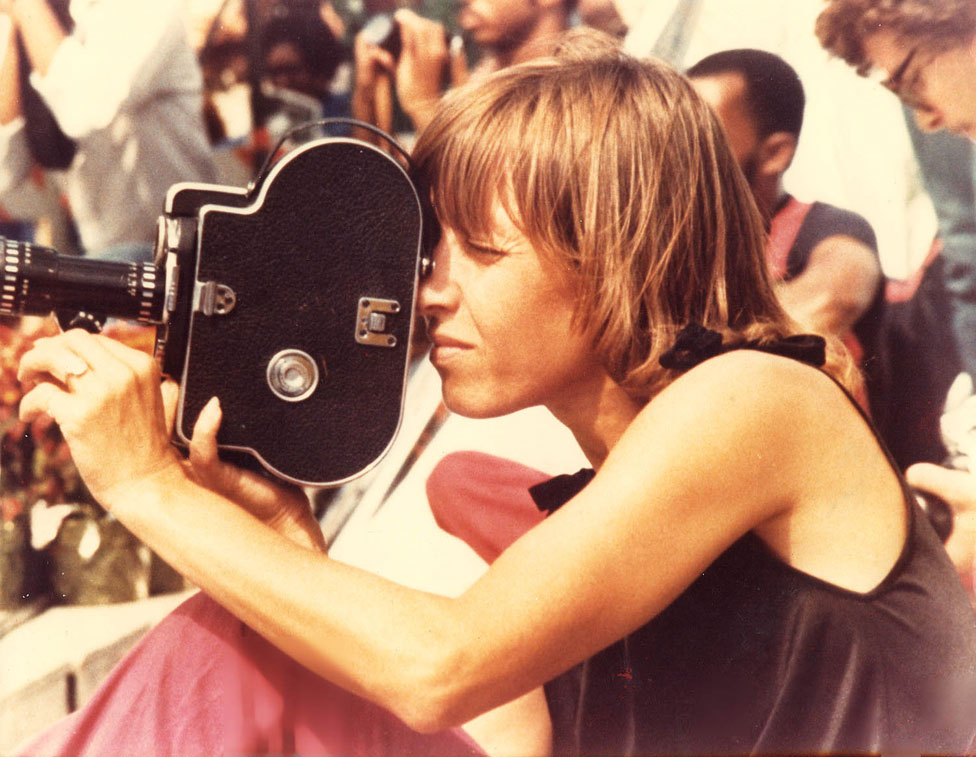 Let’s call it like it lies: There are few images in rock ‘n’ roll as iconic as Leni Sinclair’s seminal MC5 photographs. And, as they say, half of life is just showing up. During the revolutionary-unto-legendary ’60s music and culture explosion in Detroit, Leni Sinclair showed up. And she brought her camera with her.

In fact, thanks to the historic explosion of creativity and “do anything” spirit surrounding the MC5, their manager (and Sinclair’s then-husband) John Sinclair, the avant-prolific Artist’s Workshop and Wayne State University’s experimental Monteith College, Leni Sinclair was on hand to document one of only a handful of supernova-sized cultural scenes that the actual living, breathing ’60s cultural revolution birthed. And her photos were an integral part of the myth that grew up around the ‘5, the White Panther Party, Iggy Pop and the idea of “Detroit” that still smolders in the hearts of Cass Corridor rock hopefuls.

Now all that’s fine and dandy, but the reality, as Sinclair remembers it, was both a wee bit more pragmatic and romantic at the same time.

“The iconic nature doesn’t become apparent until years later,” she says over the phone from the Wayne State area home she shares with her daughter and granddaughter. “Until the person dies you don’t know.”

Sinclair brought a camera with her when she emigrated here from Germany in 1959. She soon found her way to Wayne State University. “So whatever activities I got involved in, I just started taking pictures of the people and activities around me. There was a gallery that was the forerunner of the Artists Workshop, and that’s the first time I started thinking, ‘Hmm, this might be something …’
“And I got involved in a whole lot of things because I was married to John Sinclair,” she says with the air of someone who has told her tale a thousand times to the rock ‘n’ roll curious from around the world.

“Getting involved in rock ‘n’ roll and the Grande Ballroom and the White Panther Party and all of that,” — she casually ticks off the list of counterculture touchstones she was present to document. 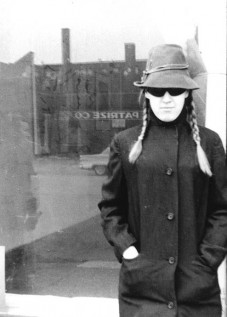 Sinclair’s catalog of 200 envelopes stuffed with disorganized negatives tackle the very heart of the ’60s revolution from salad days to dissolution, taking in political events, music — from Sun Ra to Coltrane, the MC5 to Hendrix — as well as the vibrant arts colony that birthed the Artists Workshop (the 40th anniversary of which is coming up this year).

“A lot of things as far as creativity and excitement and making things, I think that was the high point of most of our lives — at least of my life — and it’s like downhill from there,” she says half-ruefully, half-fondly.

“I don’t even know what to call it, but being part of an artist colony is really an inspiring experience. Every day we’d inspire each other and every week we’d have exhibitions, music, performance, poetry and we just fed each others’ creativity.”

But it’s the MC5 that still, indeed, elicits enthusiastic responses from fans around the globe. So does it surprise her that her photos of that time still continue to inspire legions of would-be rock revolutionaries (and more than a handful of also-rans)?

“Nothing surprised me about the results [of the photos] back then. Now it surprises me because when I look at the faces of the guys in the band, it’s almost like looking … they look so strong and healthy and positive and handsome and self-confident. They just co-operated so well creating the image. I had no studio, no lights. We just stuck ’em up against the wall. John would probably say, ‘Look we need a new publicity shot,’ and he’d get ’em all in the dining room. It was very casual. But because of the guys, they came out good.”
At the Fun House show this weekend, she’ll be showing her classic MC5 photos as well as several choice shots of the evening’s guest of honor, the former Jim Osterberg.

“I have one photo with Iggy standing in front of a bandstand at a free concert in Ann Arbor, standing there with a cigarette hanging out of his mouth and he just looks like a movie star,” she says before adding casually, “it was just one shot taken at one of the free concerts that we did every Sunday afternoon.”
Yet, even as her photos’ ability to inspire grows, Sinclair is hesitant to give herself too much credit.

“I really don’t feel confident as a photographer because I really don’t know the technical side of it,” she says. “I was just lucky to be there, and now it’s something that helps put food on the table. Like my Jimi Hendrix photo, out of the whole roll, one shot was good, but I’m glad for that one shot!”

Perhaps no one has let her know that that’s the MO for a majority of fresh-faced music shutterbugs she has, in part, inspired. To be honest, she doesn’t now, nor did she, pay much attention to other rock photogs.

“When I do see a nice photo, I do look at who took the photo,” she says. “But I don’t keep up with modern rock ‘n’ roll. I get Mojo magazine when something of mine appears in it … except I don’t get paid,” she sighs. “And a lot of my stuff has disappeared over the years.” 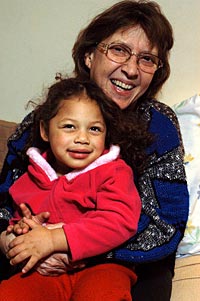 Indeed, the tragedy of Sinclair’s remarkable career (and it’s one shared by many of the artists and musicians from that productive circle) is that, shockingly, her photos’ iconic stature has not afforded Sinclair the time or money to pursue photography full-time. But even though she’s working into conventional retirement years (her most recent gig selling cable service ended when the company she worked for got bought out), Sinclair remains upbeat.

“All I’m hoping for is that I live a long time and my eyes stay good for a long time so I can get done all the work I’ve started.

“I have about 200 envelopes that aren’t labeled. I keep hoping for a ‘genius grant’ so I can work on my archives, but in the meantime, I just plug away.”

And despite being a mother (and now grandmother) for the last 35 years of her life, she feels lucky to be able to do what photo work she can, which these days also includes landscape works. But she’s never sold one of her landscapes and seems at ease with the idea that she’ll always be known mainly for documenting a special time in rock history. It still doesn’t keep her from worrying over her legacy, though.

“I just have a huge archive of Detroit musicians and it’s a shame they’ll just be sitting in my file cabinet. I don’t want to die a tragic figure. Then after I’m dead they’ll all say, ‘She was a genius.'” 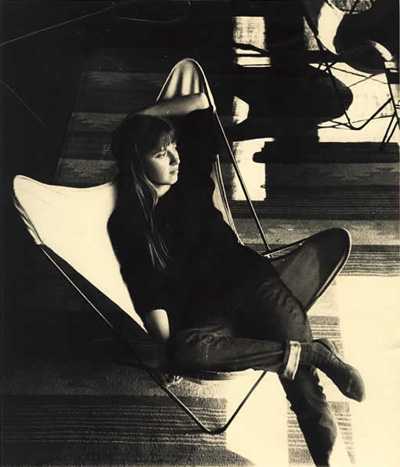