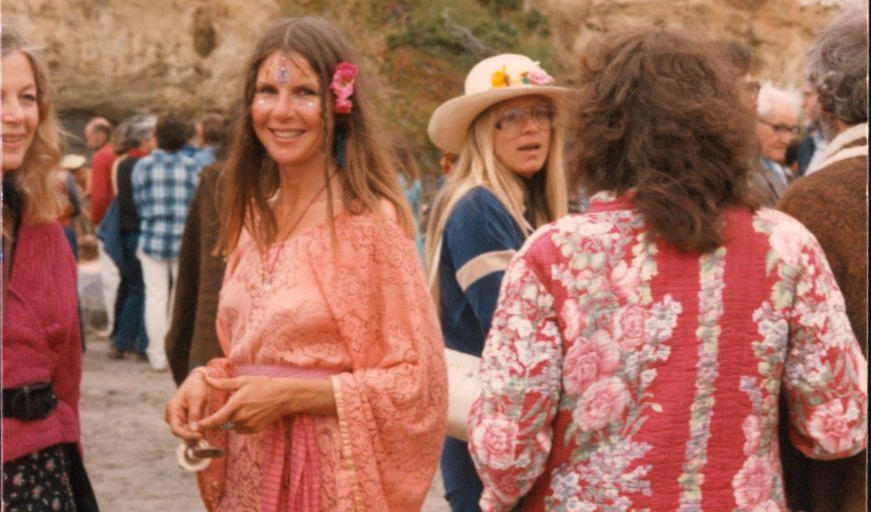 Martine Algire; “On the beach in Bolinas at The Sun Festival held every spring. ( with my finger cymbals of course.)”